Windels Marx has built up a vast understanding of development and redevelopment law, an interdisciplinary practice that draws upon the capabilities of our well-established real estate, land use, environmental, finance, tax, corporate and litigation and dispute resolution departments.

Our practice includes advising our clients as to how to best develop and navigate their projects through the broad and complex statutory scheme in New Jersey which may impact such projects, including:

Our representation of municipalities and redevelopers also includes advising clients as to the most advantageous form of entity to act as developer. In many cases, the redeveloper is a venture between a for-profit and a not-for-profit entity or some form of public-private partnership; we have prepared numerous types of joint venture, operating, cooperation and development agreements depending upon which is optimal for the particular project.

We have overseen the redevelopment process for our municipal clients as well as for developer clients in those not-uncommon instances where a municipality lacking the specialized expertise has sought our assistance.

We also represent developers in connection with the review, preparation and negotiation of construction loans, tax credit subsidies and permanent financing for their projects from either private or government sources including:

We have also played a key role in assisting our clients in the lease and/or sale of the redeveloped project. Our extensive experience in working with governmental entities and our strong relationship with state and local officials, lenders, builders, consultants and other participants in the redevelopment process have proved invaluable in providing to our clients an efficient, cost-effective representation that has resulted in the successful completion of numerous redevelopment projects throughout the state.

Representation of a public institution of higher education in its ground lease under the P3 provisions of the Economic Stimulus Act for development of Campus Town - a 9-building, $50 million project with nearly 80,000 square feet of commercial space and 130 student apartments in Ewing, NJ.

Representation of the redeveloper in negotiating a number of access, use, shared facilities, infrastructure and other agreements with the Port Authority of New York and New Jersey, as well as a P3 agreement, in connection with Journal Squared -- a 2.3 million square foot, multi-phase, mixed-use project.

Representation of a regional developer in the negotiation of a redevelopment agreement and tax abatement for a major warehouse-industrial project in Tremley Point. The firm also is counseling on the real property acquisition, which includes complex issues of access and title, as well as significant environmental issues associated with this former industrial site.

Represented the developer of New Jersey's first Transit Village in Morristown, which was constructed on a NJ Transit-owned surface lot. The project included residential and retail uses, as well as structured parking for commuters and building occupants. The NJ Transit-related portion of the representation included extensive negotiations with the railroad with respect to:

Representation of a non-profit developer in connection with redevelopment of four blocks of blighted and abandoned properties in Neptune with commercial office space and mixed-use structures. The project involved significant community relations issues.

Serving as counsel to the National Urban League in the development of its new headquarters on 125th Street in Harlem, NY. The assignment is part of a major redevelopment project billed as the "Urban League Empowerment Center" and was announced by the Governor of New York State and the Mayor of New York City. When completed, the redevelopment will include space for arts, culture, retail and community use.

Representation of Hackensack University Medical Center in its joint venture with Seton Hall to establish a new school of medicine, as part of the redevelopment of the Roche Pharmaceutical campus in Nutley and Clifton, NJ. The project included extensive negotiations with two host municipalities in connection with redevelopment and PILOT agreements, the use of Redevelopment Area Bonds, and the use of state incentives. 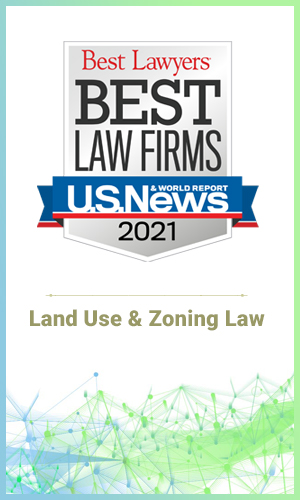 ___
The New Jersey Economic Recovery Act of 2020 is a comprehensive economic recovery plan that provides new development tools and incentive programs intended to spur the State economy in the aftermath of the COVID-19 pandemic. Continue reading for our analysis of the Community Anchored Development, Aspire, Emerge and Innovation Evergreen Programs.