Congratulations to Sanjay Mody on his continued recognition among City & State's Law Power 100. He has appeared on the list for 4 of the last 5 years.

City & State’s Law Power 100 is a who's who of headline worthy legal minds that are influencing New York City and state politics. Read more. 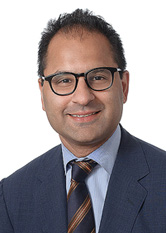