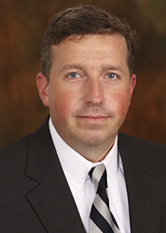 Mr. Holden has tried numerous cases before the state and federal courts of New York, New Jersey, Delaware and other jurisdictions, and also has extensive experience in arbitration and alternative dispute resolution, particularly as it relates to transnational disputes. Mr. Holden is a member of the firm’s Executive Committee and has been practicing with Windels Marx for more than 20 years.

In addition, Mr. Holden has represented clients in highly contested partnership disputes and disputes over control of both publicly traded and privately held corporations. He also has considerable experience representing clients in FINRA arbitrations, derivative actions and shareholder disputes.

Mr. Holden has acted as pro bono counsel for veterans in appeals pending before the United States Court of Appeals for Veterans Claims and has also been involved in the firm's pro bono efforts with the ABA Death Penalty Representation Project.

Prior to joining Windels Marx, Mr. Holden was an officer in the U.S. Navy Judge Advocate General's (JAG) Corps, stationed primarily in Washington, D.C. During that time, he represented over 180 Navy and Marine Corps servicemen and women; argued 18 cases before the United States Court of Appeals for the Armed Forces; filed several petitions for certiorari with the Supreme Court of the United States; represented a U.S. Marine on death-row appealing a double murder conviction and litigated a number of issues of first impression, resulting in over 30 related published decisions.