With a legacy dating back to the mid-nineteenth century, Windels Marx has been an integral part of the formative events of the practice of law in New York, with founding members and officers of the New York State Bar Association and the Association of the Bar of the City of New York, and of American corporate history. Some noteworthy examples include our representation of Thomas Edison in litigation which confirmed his claim to be the inventor of the incandescent electric light in the late 1800s, as well as our work incorporating IBM in the early 1900s. More recently, our attorneys have been selected to fill prestigious posts in government and in the legal profession. Several have been appointed to the judiciary, including the Second Circuit Court of Appeals and federal district courts.

Over the decades, mergers with other law firms have led to expansion, both in size and scope of practice. The merger between Windels, Marx, Davies & Ives and Lane & Mittendorf, LLP, brought together two established firms, thereby creating a practice encompassing a greater depth of experience and an increased ability to handle more sophisticated transactions, as well as a growing client base. Our already strong New Jersey practice was enhanced by the addition of seven partners from the highly regarded, former Princeton law firm, Jamieson Moore Peskin & Spicer. These attorneys brought to Windels Marx sophisticated practices in complex insurance litigation, government relations and lobbying, environmental, corporate, securities, and banking transactions. 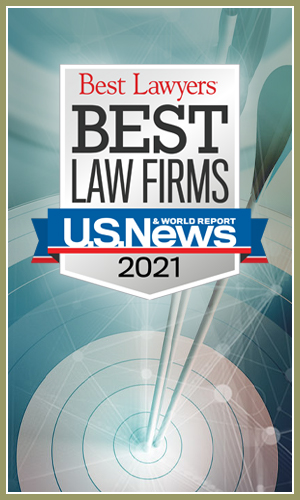 ___
Across industries, Windels Marx is recognized by our peers and by various benchmarking surveys. Visit the Best Law Firms directory and learn more about Windels Marx recognition.