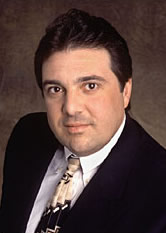 Significant matters handled by Mr. Slama have included a class action suit in which he successfully defended a New Jersey-based financial institution against claims of real estate escrow accounting irregularities. The action was ultimately dismissed.

While attending Syracuse University College of Law, Mr. Slama was awarded the Blake Kennedy Memorial Law Scholarship and was a member of the Syracuse Journal of International Law and the Moot Court Board.