Over the past year, a number of developments have served to create significant incentives for the purchase of wheelchair accessible vehicles in the New York City taxi and livery markets. The Livery Street Hail Law sets forth a grant program of up to $15,000 per vehicle, and a recently passed New York State tax credit law (described herein) couples that incentive with an additional tax credit. In all likelihood, the reality is that vehicle and business owners will purchase approved TLC vehicles that are retrofitted for use with wheelchair accessible ramps. These vehicles are less expensive than the more recently introduced purpose-built accessible vehicles. The bottom line is that those interested in retrofitting or purchasing accessible vehicles should be careful to note that the credit may be used only for those costs not covered as part of the grant - but the benefit is that up to $25,000 may be available in the combination of tax credits and grants to offset the purchase and retrofitting of an accessible vehicle. This article sets forth a practical explanation of how these new tax laws may be interpreted and how they would work in conjunction with the implementation of the new Livery Street Hail Law so that interested parties can be better equipped to make informed decisions.

In an effort to promote accessibility, the Street Hail Law requires that 3,600 of the 18,000 - or 20% of the street hail licenses issued over the next three years must be restricted to accessible vehicles. As an initial matter, it is undisputed that New York City has the largest taxicab fleet in the United States. With that said, only 232 out of 13,237 taxicabs in the city, approximately 1.8% of the fleet, are wheelchair accessible, which is now the subject of federal litigation.1 The law also charges the TLC to establish a program to support the introduction of accessible vehicles into the hail vehicle fleet by:

The law charges the TLC to create a subsidy with up to $54 million to cover the costs of upgrading the vehicles or purchasing new vehicles that are accessible. The TLC has not yet provided any concrete information as to the application process for the grant program, or the structure and time frame for the payment of the subsidy.2 The effectiveness of the grant program is instrumental to the success of the street hail permit program and to a lesser extent, the taxicab medallion sales. If past experience is any guidance, during the late 1990s, in response to a series of livery driver murders and robberies, the TLC promulgated emergency rules and a $5 million grant program administered by the NYC Economic Development Corporation with the assistance of the TLC, to partially cover the expense of purchasing and installing either in-vehicle security cameras or partitions. It should be noted that if the TLC or another city agency is selected to administer such a program that it may not require rulemaking or public input, and could simply make an announcement via an industry notice.

On February 8, 2012, the New York State Department of Taxation and Finance issued Technical Service Bureau Memorandum TSB-M-12(1)(C) (the "TSB") to provide guidance regarding the recently enacted New York State ("NYS") tax credit3 for taxicabs and livery service vehicles that are accessible to people with disabilities. This tax credit is allowed for: (a) the incremental cost of upgrading a vehicle used in providing a taxicab or livery service so that it becomes accessible to persons with disabilities; and (b) the purchase of certain new vehicles that are accessible to persons with disabilities. This tax credit applies to such incremental expenses incurred or purchases made in taxable years beginning on or after January 1, 2011, and the credit expires for expenses incurred or purchases made on or after December 31, 2016.

This tax credit may be claimed by most taxpayers subject to NYS taxes and who provide a taxicab or livery service in NYS in accordance with required licenses or permits that have been issued by a local authority and the NYS Department of Motor Vehicles.

The TSB provides other definitions, including of "taxicab" and "livery," which have their commonly-understood meanings.5

This tax credit is equal to the incremental cost of a vehicle, up to $10,000 per vehicle; or $10,000 for each new vehicle purchased that has been initially manufactured to be accessible to persons with disabilities and for which there is no comparable make and model that does not include the equipment necessary to provide accessibility to persons with disabilities. This tax credit may only be claimed one time for each vehicle.

For questions about this article, contact Matthew Daus (Partner, New York) at 212.237.1106 or mdaus@windelsmarx.com. He is the former NYC Taxi & Limousine Commission (TLC) Chairman, Commissioner and General Counsel, and he Chairs of the Transportation group.

Alan Landzberg (Counsel, New York) focuses his practice on tax matters and is also a member of the Transportation group.

This article is intended to be for informational purposes only and should not be taken as legal advice, and prior results do not guarantee a similar outcome.

1 On December 23, 2011, in Noel v. TLC, a New York federal district court found that the TLC denied disabled passengers meaningful access to taxicab service in violation of the Americans with Disabilities Act ("ADA"). To remedy the lack of accessible vehicles in the New York City taxi fleet, the court ordered that "all new taxi medallions sold or new street-hail livery licenses or permits issued by the TLC must be for wheelchair accessible vehicles," until the TLC provides an acceptable plan for providing meaningful access to disabled passengers to the court. Noel v. TLC, 2011 WL 6747466, No. 11 Civ. 237 (GBD) (S.D.N.Y., Dec. 23, 2011). Although the court denied plaintiffs' claims with respect to subtitle B, governing public transportation services provided by public entities, the court agreed with the plaintiffs that the TLC is subject to the requirements of subtitle A of Title II of the ADA. Specifically, subtitle A, construed as a "catch-all" provision, prohibits discrimination by a public entity, "regardless of context." On April 19, 2012, the TLC appealed the decision of the Southern District of New York to the Second Circuit Court of Appeals. A decision on the appeal is expected this year. As a result of the appeal, the appellate court has temporarily stayed the district court's order.

2 While the TLC voted to promulgate extensive implementation rules governing the new program on April 19, 2012, it failed to include any details or specific information on the administration of the grant program. In the Statement of Basis and Purpose of the Street Hail Rules, the TLC only states that "individuals who purchase Street Hail Livery licenses that are part of the accessibility initiative will be eligible for a City subsidy to cover costs for upgrading vehicle or purchasing new vehicles." In a joint press release issued on April 29, 2012 by Mayor Michael R. Bloomberg and TLC Chair David Yassky announcing the "Apple Green" color of the new Street Hail Livery vehicles, there is only a mention that the City subsidy will be $15,000 "to assist operators with covering the cost differential as compared to non-accessible vehicles." See Press Release 159-12, Office of the Mayor of the City of New York, April 29, 2012. 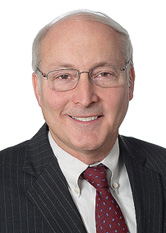