New York Law: Should Lenders Hold Both Equity in Borrower and a Mortgage as Collateral Security? Is There a Defense to an Article 9 Sale of the Equity Interests in the Borrower and Are the Related Loan Documents Void?

This is a brief alert to our clients about the latest New York State Supreme Court decision that resurrects a question of the viability of a dual collateral credit structure, where lenders hold both an equity pledge of the borrower and a mortgage on the underlying property. In this case, the plaintiffs are seeking a determination by the Court that the loan documents between the parties are null and void because they violate the Borrowers’ and the Guarantors’ equitable right of redemption.

In June 2018, the Supreme Court of the State of New York, New York County, refused to grant a preliminary injunction in HH Cincinnati Textile L.P. v. Acres Capital Servicing LLC (“HH Cincinnati”) to prevent an Article 9[1] sale of the equity interests of two borrowers. While many members of the lending community welcomed the decision as an implied confirmation of the enforceability of a lender’s right to foreclose on a borrower’s pledged equity interests, rather than on the underlying real estate collateral, others interpreted the decision as a cautionary tale that foreclosing on pledged equity interests in conjunction with a mortgage loan may expose lenders to clogging the right of redemption claims, i.e., that a borrower’s right to redeem its property cannot be clogged or impaired under New York law. Armed with the HH Cincinnati decision, lenders continued to structure facilities with dual collateral, the intent of which is to enable lenders, at their option, to either foreclose the mortgage or foreclose the pledged equity in accordance with the applicable Article 9 provisions, a much quicker and cost efficient exercise.

Last month, however, the same Court considered the same loan in connection with new claims brought by the borrowers (after the UCC sale was completed) alleging that the sale of the equity by the lender was “commercially unreasonable” and the sale violated the plaintiffs’ right of equitable redemption. (HH Mark Twain LP v. Acres Capital Servicing LLC “HH Mark Twain”). The defendants responded by filing a motion to dismiss the complaint in its entirety. In ruling on that motion, the Court denied the motion to dismiss and ruled that most of the claims asserted by the borrowers could proceed against the lenders. Most importantly the court expressly stated that it did not address the clogging issue in HH Cincinnati. This latest decision, again, leaves open the question of whether taking dual collateral (i.e., pledge of equity of the property owner/borrower and a mortgage on the underlying property) may risk a defense to any Article 9 sale of the equity interests and that the underlying loan documents could be deemed void because the dual collateral structure effectively clogged the borrower’s equity of redemption under New York common law.

A Brief History of Clogging the Equity of Redemption

In many states today, the mortgage is given to the lender to secure repayment of the loan in a form of a legal title to the underlying real property. Once the loan is repaid legal title to the property is returned to the mortgagor. If, however, the mortgagor fails to repay the loan by the agreed upon due date, the mortgagee had the right to keep the legal title to the property. Was this the end of the relationship between the mortgagee and mortgagor? Yes, if this were strictly a question of contract law. However, as early as 1639 the English equity courts developed a clogging doctrine “… to prevent forfeitures by borrowers whose mortgage instruments contained clauses that indefeasibly vested title to their property in the mortgagee, if payment of the indebtedness was even one day later than required. The doctrine, which denied specific performance of such clauses, was a necessary corollary to the very concept of an equity of redemption (the right in equity of a mortgagor in default to buy back the property by paying the debt). Thus, agreements found in a mortgage instrument or executed contemporaneously with a mortgage, that purported to waive the mortgagor's right to redeem or that had the equivalent effect were uniformly held to be void in equity.”[2]

That concept of equitable redemption created under English Law remains part of the common law of New York today and may have been given fresh life by the Court in the HH Mark Twain lawsuit. This nearly 400 year old concept that originated under English common law has real life consequences in today’s finance world. Given the number of loan transactions that are secured by both equity in the borrower and a mortgage on real property of the borrower, this issue carries significant risk to the lending community. The remedy sought by the plaintiffs in the HH Twain case cited above is a ruling from the Court that the loan documents are null and void. Clearly a very drastic result. Lenders that hold pledges of equity interests in their borrowers should keep an eye on developments in this case and need to consult closely with counsel in considering remedies after default.

[1] Article 9 of the Uniform Commercial Code which governs the sale of any equity interests pledged as collateral security.

[2] Jeffrey L. Licht: The clog on the equity of redemption and its effect on modern real estate finance. 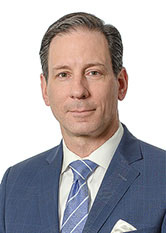 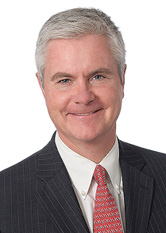