Partners Rodman E. Honecker and Douglas A. Stevinson co-authored this article for the June 20, 2016 edition of Law360.

Read the article via Law360.

The New Jersey Supreme Court is considering a case that may have far-reaching ramifications for the lending industry. The specific issue concerns the maintenance of priority of mortgage liens. In Rosenthal & Rosenthal v. Benun, et al., A-2890-13T3 (Decided June 17, 2015), the Appellate Division of the New Jersey Superior Court reversed a grant of summary judgment in favor of a lender that held two recorded mortgages and directed the trial court to enter judgment giving priority to the holder of a third mortgage. The Appellate Division held that the law firm Riker, Danzig, Scherer, Hyland & Perretti, L.L.P. ("Riker"), which held a third mortgage to secure payment of legal fees, had a priority lien over the foreclosing plaintiff Rosenthal & Rosenthal ("Rosenthal"). The Appellate Division held that Rosenthal lost priority to Riker because i) Rosenthal received actual notice of Riker's third mortgage, and ii) Rosenthal made optional advances to the borrower after receiving actual knowledge of the Riker mortgage.

Rosenthal entered a factoring agreement (sale of accounts receivable at a discounted price) with the borrower, a camera business. A principal of the business provided Rosenthal with a personal guaranty secured by two priority mortgages on her residence. Both Rosenthal mortgages had a "dragnet clause," intended from Rosenthal's standpoint to secure any contingent, future loans. The Rosenthal mortgages also contained an anti-subordination clause, prohibiting the mortgagor from encumbering the mortgaged property with a subsequent mortgage.

Riker subsequently recorded its mortgage. Rosenthal's counsel sent an email to Riker wherein it acknowledged the recording of Riker's mortgage, and demanded that Riker be subordinated "to any new [Rosenthal] mortgages." Riker never agreed to subordinate its mortgage lien and Rosenthal continued to make discretionary advances to the borrower under the factoring agreement.

The trial court sided with Rosenthal, accepting Rosenthal's "first in time, first in right" argument for priority. The Appellate Division reversed, relying on the common law and citing published decisions going back to the time of the Civil War. The critical distinction concerned whether the advances were obligatory or optional, and whether the priority lien holder had actual knowledge of the subsequently filed mortgage.

The Appellate Division noted that Rosenthal was not obligated to make any advances under its factoring agreement, and that "dragnet clauses" are typically only included in mortgages when the lender is under no obligation to make future loans. The Appellate Division noted that the common law priority rules were not abrogated by the Legislature's enactment of N.J.S.A. 46:9-8.1 to - 8.5, which, as amended, exempted certain mortgage amendments and lines of credit from the common law priority rules on future advance mortgages. To maintain priority, Rosenthal should have refused to make additional advances until the Riker mortgage was expressly made subordinate. Moreover, according to the Appellate Division, Rosenthal's remedy for violation of the anti-subordination clause lied with the guarantor, not Riker.

The Appellate Division made a point to note that Riker's claim was not based on constructive notice, but rather Rosenthal's actual notice of the Riker mortgage. The take away from the Appellate Division decision is that where a lender knows of a subsequent encumbrance and elects to make a discretionary advance to its borrower, it must first obtain a subordination agreement from the junior mortgagee or risk losing its priority as to its future advances.

Riker's response to the Bankers' Association's amicus brief downplayed any concerns about potentially adverse consequences. According to Riker, the Appellate Division decision "merely applied a priority rule that has been the law of this State for over 150 years: that optional advances secured by a mortgage and made with actual knowledge of an intervening lien are subordinated to that lien, even if the mortgage securing the advance was recorded before the intervening lien." Accordingly, any adverse consequences would have already come to pass. Furthermore, Riker argued, the Appellate Division decision is consistent with New Jersey's current priority statute, and the Supreme Court should not overstep its powers and, in effect, invalidate the statute based upon public policy concerns.

An issue not addressed by the Appellate Division or the briefing before the Supreme Court is lender liability exposure. The factoring of accounts receivable is frequently the commercial borrower's source of working capital. The lender's refusal to make additional advances might put the borrower out of business and expose the lender to a lender liability claim. Indeed, the risk of exposure by cutting off financing may be greater than it would be if additional advances were subordinated.

The case has been fully briefed before the New Jersey Supreme Court. Argument took place on April 26, 2016. The parties and the lending industry await the Court's potentially far reaching decision.

On July 22, 2016, the NJ Supreme Court affirmed the Appellate Division and held that, when a lender holds a mortgage securing optional future advances, the prior lien loses priority for advances made after actual notice of an intervening mortgage.

Windels Marx lawyers are experienced in all phases of commercial debt recovery litigation and mortgage foreclosure matters in various states, including scenarios involving properties in multiple jurisdictions. We assist clients in the election of remedies to maximize recovery, and in the effective use of receiverships. We aggressively prosecute actions to enforce guarantees and foreclose mortgages in federal and state courts, as well as to protect clients' rights in bankruptcy and appellate courts. We also counsel clients in the nonjudicial foreclosure of security interests pursuant to Article 9 of the Uniform Commercial Code.

Learn more about our experience pertaining to workouts and restructurings, or visit us at windelsmarx.com. 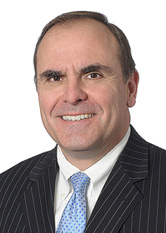 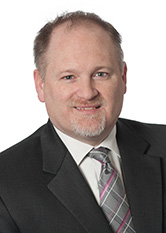