The Securities and Exchange Commission ("SEC") has previously promulgated Rule 15c2-12 pursuant to which issuers of tax-exempt debt are required to provide a contractual undertaking for the benefit of bondholders to disclose certain information, such as audited financial statements and operating date, on an annual basis and the occurrence of certain material events as they occur. The disclosure of this information is required to be filed with the SEC's secondary market system available for such filings, commonly referred to as EMMA. One of the material events for which an EMMA filing is generally required is in connection with a rating change pertaining to an issuer's bonds. This would be true even in the event that the rating change was the result of an event that was broadly reported to the public at large.

However, the SEC has previously notified the National Association of Bond Lawyers that, in the event that an issuer is no longer obligated for the payment of such bonds and the bondholders are to look solely for payment from the escrow holding United States Government obligations, the Rule 15c2-12 undertaking may, unless otherwise stated in such undertaking, be discharged at the same time that the obligation to pay the bonds was discharged. In such event, the issuer would not have a requirement to make a material events notice filing with EMMA. If, however, the issuer would still be obligated to make payment on the bonds in the event that the escrowed amount were insufficient, the requirement to make a material events notice filing would not be eliminated.

If an issuer has any questions in regard to these matters, please contact 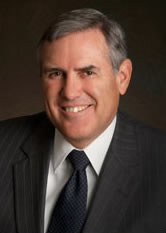