As 2016 draws to a close, we wanted to share some thoughts about estate planning in the coming year.

Election of Donald Trump & Uncertainty at the Federal Level

President Elect Trump vowed to eliminate the estate tax during his campaign.  The Republican leadership in Congress also supports eliminating the estate tax.  Does that mean that the estate tax is on its way out?  Maybe . . . but it’s not a slam dunk.  In fact, some experts in our field think that an outright repeal is unlikely, given the multitude of higher priority, bigger impact issues facing the new President and Congress, expected Democratic Party resistance (60 votes in Congress are needed to permanently repeal the estate tax), and the fact that the estate tax regime was just recently (in 2012) fiercely negotiated and solidified.

Rest assured that we will be monitoring developments closely in the weeks and months ahead, and will share the latest updates and information you need to make the best possible decisions about your estate plan.

Even if estate tax is eliminated by the federal government, state estate tax laws will continue to apply.  New York, New Jersey and Connecticut all retain some sort of tax at death, which must be carefully navigated in order to maximize estate planning opportunities and avoid pitfalls.

Careful planning is necessary to avoid the impact of the cliff.  For example, if husband and wife have joint assets of $7 million, and everything passes to wife on husband’s death, then wife will have $7 million in her name at her death.  This will trigger a sizable New York State estate tax at her death (approximately $600,000), which could have been avoided through the creation of so called “credit trusts.”

On the other hand, if husband and wife set up “credit trust” Wills before the NYS law changed, the credit trust might be tied to the federal exemption amount.  In other words, the Will might provide that the amount of the federal estate tax exemption at the time of death be used to fund trusts for the surviving spouse and children at the first spouse’s death.  Since the federal exemption (currently $5.45 million) is more than 105% greater than the NYS exemption (currently $4,187,500), funding this old style credit trust would trigger a NYS estate tax of approximately $400,000 at the first spouse’s death, which could have been avoided through simple changes to the Will.

Residents of another state who own real property in New Jersey are not subject to the New Jersey estate tax so the new legislation principally benefits New Jersey residents.

Despite the elimination of the estate tax, New Jersey will continue to impose an inheritance tax on its residents and non-residents who own real property in the state. The New Jersey inheritance tax is a tax that is imposed based on the relationship of the decedent and the recipient of the property. Class A beneficiaries, including spouses, descendants, civil union and domestic partners, and lineal ancestors are exempt from the inheritance tax.   Qualifying charities are also exempt from the tax. A tax ranging from 11% to 16% on amounts over $25,000  is imposed on Class C beneficiaries, which include the siblings and the spouse, civil union or domestic partner of a child of the decedent. For all others, including, nieces and nephews and unrelated beneficiaries, there is a 15% tax on the first 700,000 of property received and 16% on amounts over $700,000.

Although the recent changes in the law provide significant tax savings for New Jersey residents, there are still important estate planning considerations and opportunities available that have nothing to do with the size of your estate or repeal of the New Jersey estate tax. Furthermore, a review of existing wills and trusts is critical, especially if they were implemented when the New Jersey estate tax exemption was $675,000 and a so-called "by-pass" or "credit shelter trust" is used.

In 2015, Connecticut enacted a $20 million estate and gift tax cap for both resident and nonresident individuals dying after Jan. 1, 2016, and gifts made on or after Jan. 1, 2016.  It is estimated that the $20 million tax cap will primarily benefit taxable estates greater than $170.5 million.

At the same time that Connecticut capped its estate and gift tax, it increased probate fees for Connecticut residents.  Prior to 2015, there had been $12,500 cap on fees paid to probate courts in Connecticut.   The 2015 legislation removed the cap and introduced a new 0.5% probate fee on estate assets over $2 million.  In 2016, the state capped probate fees at $40,000 for estates of the decedents dying on or after July 1, 2016.

Note that Connecticut courts, unlike their counterparts in New York and New Jersey, are entitled to collect probate fees even if a decedent’s Will does not need to be probated in the Courts (e.g. decedents who own everything in trust do not need to probate their Wills).  Residents must send a copy of their state estate tax returns to the probate courts, even if they have no other dealings with these courts.

If you would like to learn more about the changes in federal or state law and how they could impact your planning, we would encourage you to contact one of us as soon as possible.

We wish you happy holidays and a very happy and healthy New Year!  We look forward to being in touch in 2017.

We welcome the opportunity to answer your questions. 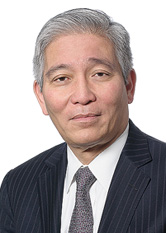 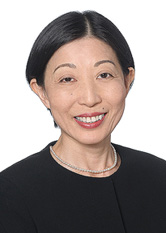