It’s not easy to move an estimated $200 trillion market away from an established reference rate and have it coalesce around another. Progress will undoubtedly be halting and uneven, as lenders try to align themselves with the market. The purpose of this update is to help lenders make educated decisions during that process by highlighting market trends and developments for their consideration.

1. Term SOFR will be available soon.

The Alternate Reference Rates Committee (ARRC) announced on May 21st that it had selected CME Group (CME) as the administrator it plans to recommend for a forward-looking Secured Overnight Financing Rate (SOFR) term rate, once market indicators for the term rate are met. The ARRC has identified several market indicators in its May 6th release, consisting essentially of visible progress in the use of SOFR in derivatives and cash products which, according to the ARRC’s announcement, are expected to be met “soon”.

Midsized banks have been reluctant to adopt SOFR as the replacement benchmark for LIBOR and are actively considering – and in some cases have announced – their preference for one of the four CSR that have been introduced and are being supported by established industry players. 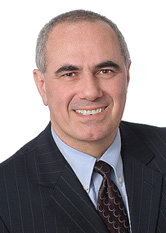