There has been considerable discussion in various publications of the impact of a recently enacted change in the law relating to real estate taxes assessed on co-op corporations and their shareholders. This has generated numerous inquiries from clients seeking explanation. Because my practice includes both the representation of co-ops and estate planning matters, I thought it would be useful to outline, in a practical sense, some of the issues which I see arising from this situation, with particular reference to related estate planning issues.

In order to equalize the real estate tax treatment of co-ops with that accorded to single family residences, there has been, for many years, an abatement program with respect to real estate taxes payable by co-op corporations. Under the terms of the abatement, the City provides a reduction of real estate taxes (the "co-op abatement") based on the number of residential units (excluding sponsor-owned units) in the building. This program is separate and distinct from the so-called STAR abatement program which is not the subject of this discussion. Under the terms of the abatement statute, the City provides the co-op corporation with a schedule showing the amount of the real estate tax abatement attributable to each unit and the co-op corporation is required to pass the scheduled amount of abatement through directly to the applicable shareholders. This is usually accomplished by a credit against maintenance in the month of April or May but some buildings may do it on an annual basis. Many buildings then use a special assessment to recapture a comparable amount of income from shareholders. Because special assessments must be at the same rate per share, they have never perfectly replicated the dollar amount of the abatement attributable to each unit but generally resulted in close to a wash transaction.

A modification to the law with respect to abatements was recently enacted by the Legislature and signed by the Governor. This changes the calculation and implications of the abatement in several significant ways. The underlying purpose of the change was purportedly to limit the benefit of the abatement only to unit owners who occupy their apartments as a primary residence rather than investors or owners of so-called "pied a terre" units.

As a result of this change in the law, many buildings, to a greater or lesser extent depending on the number of non-qualifying units, will receive smaller real estate tax abatements and thus be required to pay more real estate tax with obvious implications for the overall co-op budget. In addition, and of particular relevance to non-qualified owners, is the administration of the rebate and recapture by the co-op of the lost revenue. Although the rebates continue to be required to be passed through only to the shareholders who qualify as primary residents, a special assessment may only be imposed as a fixed amount per share without distinguishing the type of ownership or residence. As a consequence, non-qualified owners will be subject to paying a special assessment with respect to a real estate tax abatement in which they did not share, thus increasing to some extent the cost of being a non-resident owner. The size of this burden will vary from building to building and presumably can simply be considered a factor to be weighed in evaluating the economic value of owning a co-op apartment for investment purposes or as a pied a terre

A more difficult issue raised by the new statute is, perhaps but not necessarily as an unintended consequence, a unit owned by a Trust or an LLC is treated as a non-qualified unit irrespective of the identity of the actual resident. This presents the most problematic manifestation for co-op owners who have, for estate planning or other personal purposes, placed title to their co-ops in a Qualified Personal Residence Trust (QPRT) or other type of revocable or testamentary Trust or an LLC. Indeed, frequently consent by the co-op corporation to ownership by a Trust is conditioned on a contractual undertaking specifying who will reside in the apartment so the fact of occupancy as a principal residence could easily be demonstrated.. However, because the statute either did not consider or allow for this situation, such an apartment, even if occupied as a principal residence, would not qualify for the real estate tax abatement and would be subject to the economic cost described above applicable to investor and pied a terre owners. An additional consideration is that these issues may make co-op Boards less inclined to permit ownership of apartments by Trusts or other entities in light of the administrative and financial complications that they introduce.

As a consequence, coop and condo owners (principally urban residents) will be, at a minimum, prejudiced and potentially deprived of the tax benefits contemplated by specific provisions of the Internal Revenue Code. These benefits will continue to be available to owners of single family homes, although it is difficult to discern any policy justification for the distinction.

Although it is possible and hoped that a legislative, administrative or judicial solution may be found for this problem, approaches to City officials have found them unresponsive and some are hoping to make this a significant issue in upcoming elections.

On April 12, 2013, legislation was introduced in Albany on behalf of New York City which, if enacted, will permit coop and condo units owned by trusts to qualify as principal residences for purposes of the real estate tax abatement. It is not yet clear if the legislation will pass or will be retroactive to July 1, 2012, as the abatement change was.

David Brauner (Counsel, New York) is a member of several of the Firm's practice groups, including Real Estate and Trust and Estates. His comments are not intended to serve as legal advice. David welcomes your questions and comments at 212.237.1197 or dbrauner@windelsmarx.com. 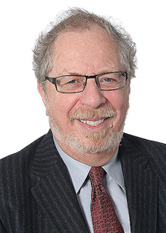