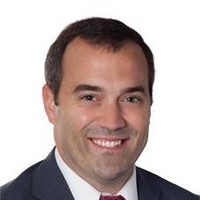 * Admitted in the District of Columbia.

Joshua Miller is an accomplished litigator whose practice encompasses complex intellectual property disputes in the U.S. District Courts and in ITC, with a particular focus on Hatch-Waxman matters.

Prior to joining Windels Marx, he was a Trial Attorney at the United States Department of Justice (USDOJ), where he represented the U.S. Government in patent and copyright litigation brought by private parties, including genetics, robotics, telecommunications and consumer products. Prior to USDOJ, he was an Associate in the Litigation Department of a boutique intellectual property law firm.

Mr. Miller clerked for the Honorable Nora Barry Fischer at the U.S. District Court for the Western District of Pennsylvania, as well as for the Honorable Edward J. Damich at the U.S. Court of Federal Claims. During those clerkships, he focused on patent matters in several technology fields, including consumer electronics, chemistry, composite materials and finance.