Windels Marx today announced a victory for its clients, Garden State School Bus Contractors Association and Javier Fernandez, on their claim that the Board of Directors of the Passaic County Education Services Commission ("PCESC") violated the Department of Education statute and regulations when it failed to forfeit the bid bond of a contractor who won multiple school bus transportation routes, but subsequently refused to perform on all the routes it won.

The Appellate Division reversed the Commissioner of Education's decision to not order the forfeiture of K&M's bid bond, holding that once K&M was determined to be the lowest responsible bidder on eight routes, it was under a contractual obligation to perform on all eight routes.

Mr. Fisher said, "We applaud the decision of the Appellate Division. This is a victory for public bidding generally and, more specifically, for competitive practices in New Jersey's educational system."

Mr. Destito added, "Upholding competitive bidding practices and following through on contractual obligations is in the best interest of New Jersey's citizens. At its core, this decision ensures that contractors who submit a public bid will perform or else face the mandatory forfeiture of their bid bonds. This decision will strengthen the integrity of the public bid process and encourage more bidders to participate, which will lead to lower bids, increased competition and, ultimately, result in greater savings for New Jersey taxpayers." 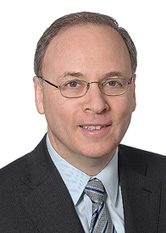