After a three-year investigation and two years of litigation, the Attorney General of the State of Florida dismissed all claims against two principals of a real estate development firm long represented by Windels Marx, recognizing that neither was liable for the acts alleged in the State's complaint.

The Attorney General sued under Florida's Deceptive and Unfair Trade Practices Act seeking recovery and fines of up to $215,000,000 in connection with the operation of golf and amenity clubs serving communities developed by the client. Facing four motions for summary judgment and after having had its deception and fraud-based claims dismissed, the Attorney General voluntarily dismissed its remaining claims against the individual defendants and settled with the defendant development companies. In the settlement, the company defendants agreed to the entry of a Consent Judgment in which they neither admitted nor denied liability, and agreed to contribute $150,000 toward the costs of the Attorney General's investigation. Neither the company nor the dismissed individual defendants will incur any fines, penalties or other financial obligations as a result of the termination of the investigation and action.

The Attorney General's investigation followed actions taken by the defendant entities to address the effects of the collapse of the Southwest Florida real estate market and the nation's financial crisis and avoid a bankruptcy that would have significantly damaged the communities they had developed and the amenity clubs that served them. Commencing prior to and continuing during the pendency of the action, guided by Windels Marx, the defendant companies successfully avoided bankruptcy, restructured their operations and, in the process, resolved certain individual claims of members and former members of their amenity clubs.

Robert Mercurio and Scott Matthews (both Partners, New York) represented the defendants in connection with the Attorney General's investigation and lawsuit.

Learn more about our work in Litigation, including matters for the real estate industry. 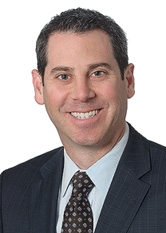 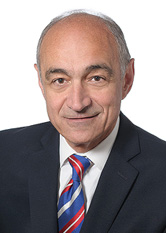