Tanya Mascarich (Associate, Madison Office) was quoted in the Appellate edition of Law360, in an article entitled, "Insurance Assignment Rights Not Valid, NJ Justices Told." Tanya (together with Steve Calogero) is representing Allstate Insurance in a dispute, together with other insurance companies, involving a policy drafted for a corporate predecessor of Givaudan Fragrances. Givaudan was attempting to seek coverage for $500 million to settle environmental claims under policies written in the 1960s and 1980s. The reassignment of policy rights, under New Jersey law, cannot be made without the insurer's consent. Tanya said: 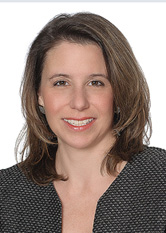