One plan, proposed by the National Urban League and supported by Governor Cuomo and the Empire State Development Corporation (EDC), includes moving the group's national headquarters to the site in addition to building a civil rights museum and affordable housing units.

In response to criticism that the Governor's support of the plan is fueled by political aspirations, Charles, who serves as the National Urban League's outside general counsel, was quoted as saying the following:

Charles also noted that the "Urban League project would jumpstart 125th Street by bringing hundreds of jobs to the area and a national destination in the form of the civil-rights museum, which would become home to the group's traveling museum." 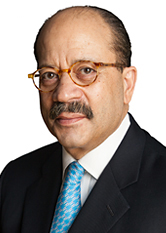