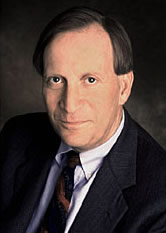 Thomas P. Weidner was a Certified Civil Trial Attorney in New Jersey. Mr. Weidner was involved in insurance, regulatory and litigation matters for more than three decades. He represented four major insurers in a purported class action brought by ATLA New Jersey against the Commissioner of Insurance and six insurance companies. He was Chairman of the joint defense group in a class action filed against fifteen insurers-servicing carriers for the New Jersey Full Insurance Underwriting Association. Both suits were dismissed without trial or the need for discovery.

He was also Chairman of the joint defense group in a lawsuit brought by the New Jersey Department of Insurance against fifteen insurers-servicing carriers; the suit was settled through alternative dispute resolution. Mr. Weidner also represented the four insurance trade organizations in appeals challenging the medical cost containment provisions of the 1998 Automobile Insurance Cost Reduction Act.

Mr. Weidner argued the constitutionality of New Jersey's 1990 Automobile Reform Act before the State Supreme Court and has appeared before that Court on nine occasions in the past several years on insurance-related issues. He has successfully defended numerous class action lawsuits, in addition to agent termination, employment discrimination, professional negligence, product liability, and personal injury cases.

Mr. Weidner served as a Deputy Attorney General in the New Jersey Attorney General's office from 1972 to 1976. He was a member of the New Jersey Supreme Court Civil Practice Committee and was President of the Mercer County Bar Association (1990). He is a member of the Princeton, New Jersey State, and American Bar Associations. He has served as Mayor of Cranbury Township and Chairman of the Board of the United Way of Greater Mercer County.