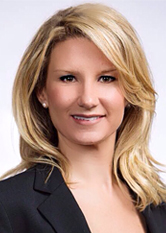 Ms. Injeski has experience in both the public and private sector, in the areas of municipal and administrative law, professional responsibility, government ethics and conflicts of interest, regulatory compliance, investigations and due diligence, and labor and employment matters—including investigations of EEO and harassment complaints, employee discipline, and advising on employment practices. She also has extensive experience providing compliance training to employees at all levels.

Prior to joining the firm, Ms. Injeski served as Deputy General Counsel, Ethics Officer & Disciplinary Trial Advocate for the Office of the New York City Comptroller. She also worked for the NYC Conflicts of Interest Board as an Enforcement Attorney and was promoted to help oversee the enforcement program.

Ms. Injeski is a member of the Committee on Professional Ethics of the New York City Bar Association and regularly speaks and writes on legal issues involving conflicts of interest and ethics in government, with articles appearing in The Chief-Leader, the NY State Bar Association Journal, and a textbook on NYC’s conflicts of interest law. She has been a regular presenter at the Annual Citywide Seminar on Ethics in New York City Government.