Rich Crooker (Partner, Madison), assisted by Jeremy Weiss (Associate, Madison), prevailed in an appeal to the Third Circuit Court of Appeals challenging their successful motion last year to dismiss an action filed in New Jersey against Windels Marx's client, a businessman and dual citizen of South Africa and the U.K. operating primarily in the U.K. In the case, HS Real Co., LLC and Colin Halpern v. Sher, 2012 WL 3025125 (D.N.J. Jul 24, 2012) (NO. CIV.A. 12-87 SRC), aff'd., --- Fed.Appx. ---- (3rd Cir.(N.J.) May 15, 2013), our client was sued based on his alleged breach of fiduciary duties flowing from a joint venture arrangement with the individual plaintiff, an international executive and investor with business interests in various locales, including New Jersey. Our client prevailed at the District Court level, successfully arguing that his limited physical presence in New Jersey, even when coupled with some electronic communications to and from New Jersey, did not establish a basis for either "general' or "specific" personal jurisdiction under the applicable tests in the Third Circuit. (Dismissal was also sought on grounds of forum non conveniens, but the District Court ruled that motion was rendered moot based on the ruling dismissing for lack of personal jurisdiction.) The District Court ruling was appealed, and Mr. Crooker argued before the Third Circuit (Judges Cowen, Ambro and Hardiman) on April 18, 2013.

The Court issued a majority Opinion affirming dismissal on May 15, 2013. The reasoning was consistent with our arguments that existing Third Circuit precedent provides a basis to advise clients through careful distinction between "general" and "specific" jurisdictional allegations and avoiding muddling the two into the "jurisdictional stew" analysis which has been rejected by the Court. At argument, we pointed out the difficulty of advising international clients regarding the jurisdictional tripwire under the "stew" approach. The majority also distinguished our case, involving an alleged single omission at a single meeting in New Jersey within the context of a multi-year continuum of contacts in a long-term European-based business venture, from a previous contrary decision in which the Court sustained jurisdiction based on fraudulent omissions allegedly made by a Louisiana law firm at a closing in New Jersey involving the firm's New Jersey client. 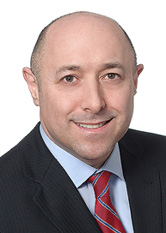